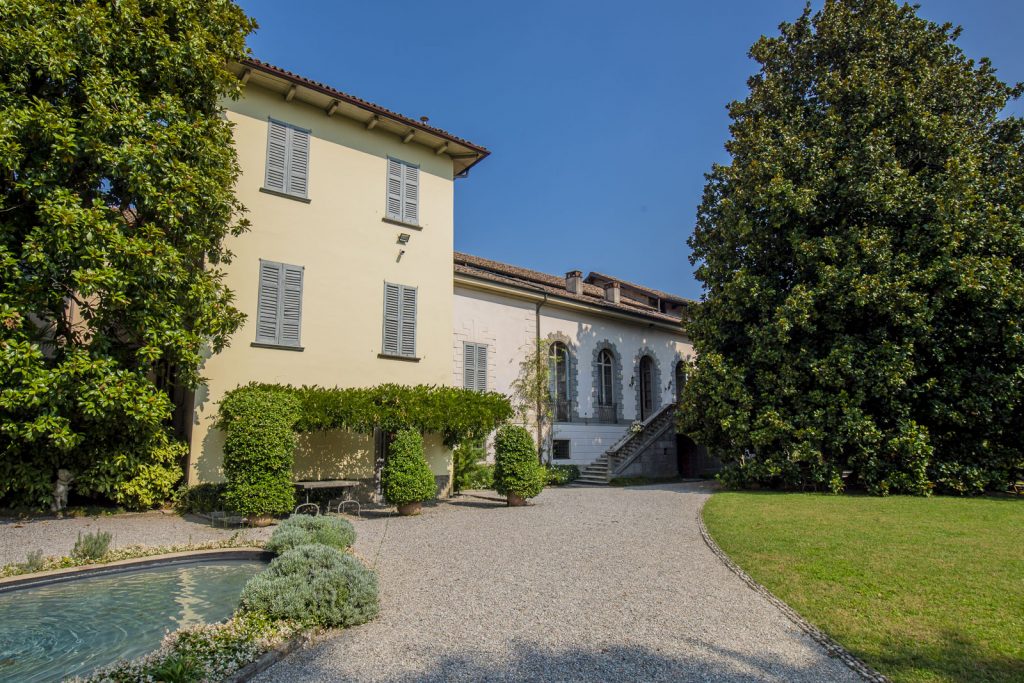 The villa is located in the ancient, medieval hamlet of Parravicino, next to the feudal castle built by the “Paravexino nobles” in the 11th century.
From the original construction, only the leaning tower remains.

The main building of the villa dates back to the end of the 16th century.
It is still possible to admire Renaissance frescoes in the salons, as well as a huge brick fireplace displaying the emblems of Parravicini Viscounts.
The northern patio features an old well and the medieval house.

The emblem of the Parravicini’s family depicts a white swan in a red field.
The descendants of the family still dwell here.)